Due to the lack of snow in the area, the organising committee has provided for new track in alternative to the usual routes of Pizolada delle Dolomiti. 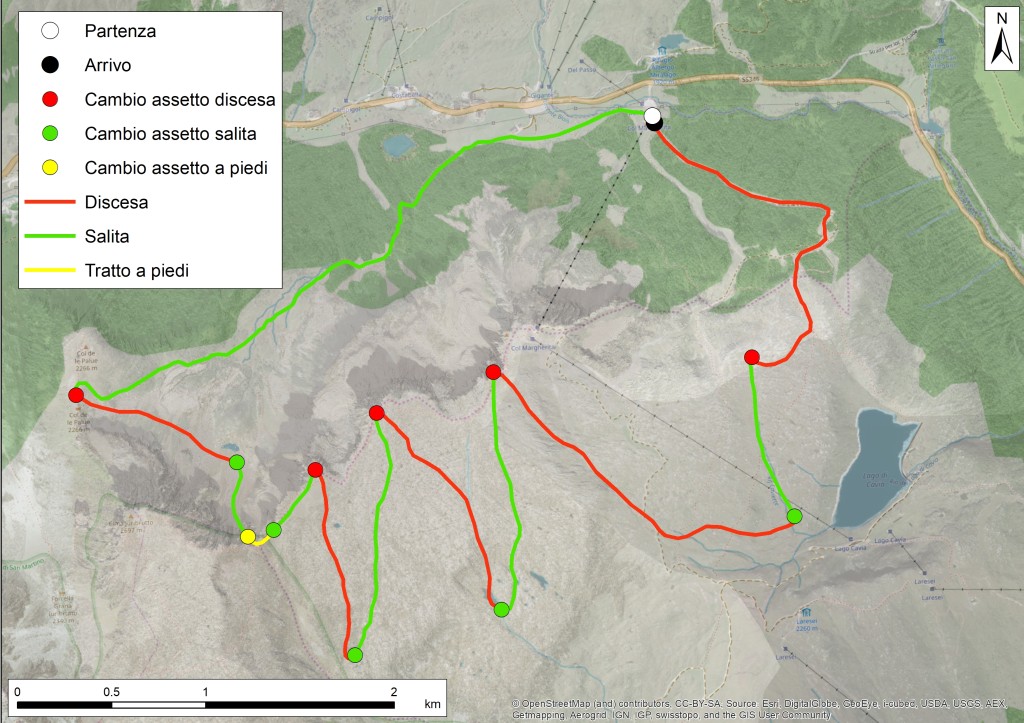 The best time for mountaineer skiing begins when the downhill ski season is almost over. Between March and April the snowy peaks of the Val di Fassa attract athletes and fans of this sport joining the pleasure of excursions with the adrenaline of skiing; it’s the best way to enjoy the mountains in all their majesty.

On Sunday, April 9th, right on time as usual, the 41st Pizolada delle Dolomiti will also be returning here. This historic mountaineer skiing competition is open to everyone, competitors and non-competitive participants. Every year it takes place on the slopes of the Col Margherita in the San Pellegrino Ski Area. This year the start and arrival will be located at Malga San Pellegrino (instead of near the cable car lift, where they are usually set up) to make the race even more spectacular and easier to watch for spectators at the last metres before the finish line.

Online registration is already open, and up until April 7th competitors and excursionists can register for a special promotional fee of €35.00 (instead of €40.00), which includes the race package (with a Montura cap) and a meal ticket for the pasta party afterwards. On the same day as the Classic race, which also counts as the 5th stage in the prestigious Coppa delle Dolomiti, the Pizolada also offers a supervised trek with Alpine Guides aimed at promoting the authentic spirit of mountaineer skiing and the right way to approach a mountain environment.

Registration is also open for the 2nd Ladinia Ski Alp, a special twofer event that combines the Pizolada delle Dolomiti with the Marmolèda Full Gas scheduled on Saturday, April 1st, in Marmolada. The participation fee to take part in both events is €60.00 and includes all three race packages: the Ladinia Ski Alp Cup (Montura multi-function bag, typical local products and a hiking guide to the Val di Fassa with maps); Pizolada (Montura cap and meal ticket to the pasta party); plus the Marmoleda Full Gas on April 1st.

Passo San Pellegrino put on a great show today for the 40th Pizolada delle Dolomiti, the prestigious mountaineer skiing event promoted by Val di Fassa Events a.s.d., in collaboration with Cai Sat and Alpine Rescue, which brings together the best known talents in skinning for a highly technical challenge against a fairy tale background.

END_OF_DOCUMENT_TOKEN_TO_BE_REPLACED

An absolute must for skinning fans is surely the Pizolada delle Dolomiti, one of the most anticipated events in the Alpine ski season that delivers plenty of thrills with a selective route featuring breath-taking views of the snowy peaks of the Passo San Pellegrino, in Val di Fassa.
END_OF_DOCUMENT_TOKEN_TO_BE_REPLACED

There’s a new circuit coming to the international mountaineer skiing scene: the 2016 Ladinia Ski Alp CUP. This is a two-stage event which is destined to become an end of season classic for fans of skinning races.